And we have meta-plot! In the last book, Harry Dresden started a war to protect the woman he loved and to stand up to the cruelty of the Red Court of vampires. Due to his actions the Red Court declared war on the White Council, the ruling body of wizards, a war that now covers every part of the world and concerns the White Council greatly as important wizards fall in battle. The Council has come to town and Harry's detractors are eager to end the war by sacrificing Harry to the vampires. But there is a way out — the White Council has approached the Summer and Winter courts of the fae to gain allies and free transport through the Nevernever.

Harry, as the newly appointed emissary of the Winter Court can secure his life — and the White Council's alliance — by solving a mysterious death. It's only as he investigates, he realises far more is at stake than one death, perhaps more than the war between the wizards and the vampires, for the Summer and Winter courts stand poised for war - and this war could devastate the world.

And if that weren't complicated enough, an old flame comes back to haunt him. This book was a great come back from the last one. We have meta-plot, at last. The ongoing war is a thing of drama and interest. If I have any quibble about it, it's that we don't see much of it and it's more a background, nebulous thing when I'd expect it to be more front and centre, especially since Harry is the principle cause of it.

Still, the actual drama of the Summer and Winter courts were fascinating, I loved what he did with the fae — making them quite alien and surreal and properly disturbing as they should be. There was also some wonderful world building development which I loved to see — the fae, the White Council, we got a lot longer glimpses into the world AND it was well handled — no damn info dumping. The plotting also returned to the balance I liked in the second and third book. He crunched down hard as I shook his hand.

Or maybe he was just that much stronger.

Like this. Another toad fell from the sky several feet away. Holy vigilantes, Batman. They said that they were having tornadoes in Louisiana or something, that the storms must have thrown the toads here. I'm sure someone will come along and declare it a hoax before long. I came out with a nylon backpack and dragged a couple of small cloth sacks out of it.

I threw one to Billy. I haven't slept, I can't remember the last time I ate a hot meal, and I've got a lot to do before tonight. They look real. It had been short lately. Made out of the material of the Nevernever and animated by magic. I hope they are. They do that sometimes. But if they're real? Holes in the fabric of reality. That would be bad. It would mean something big was going down. Shut the hell up. Me and the gang were wondering if you wanted to come by this weekend, do some socializing. The campaign is getting really fun.

I made a monosyllabic sound. The old lady with the shopping cart wandered past us, the wheels of the cart squeaking and wobbling.

There's spells and demons and dragons and everything. And grouchy. But you've been lurking in your basement way too much lately. I know that the Red Court of the vampires declared war on the wizards after you burned down Bianca's place last fall. I know that they've tried to kill you a couple of times since then. I even know that the wizards' White Council is coming to town sometime soon to figure out what to do. I mean, look at you. When was the last time you shaved?

Had a shower? A haircut? Got out to do your laundry? I've been out plenty of times. In January, Dresden.

It's June. I mean, I know you've been working on some project or something. But this whole unwashed wild man look just isn't you. Something happened to her last fall. Something you're trying to undo. Maybe something the vampires did. That's why she left town.

Dammit, you vanish from the face of the earth, you're hardly showing up at your office, won't answer your phone, don't often answer your door. We're your friends, and we're worried about you. Word is that the Reds are bringing more muscle into town. That they're offering their groupies full vampirehood if one of them brings you down.

My head started to ache. Even during daylight. Everyone needs help sometimes. Not now. Sommerset was trying to reach you, so I called her and set up the appointment for you. The landlord for the office dropped off your eviction notice.

If you don't have him paid off in a week, he's booting you out. Or calling my clients? I had to focus on his nose to avoid the risk of looking at his eyes. I'm your freaking friend.

follow url You've been spending all your time hiding in your apartment. You should be happy I'm helping you save your business. The shopping cart lady circled past in my peripheral vision, cart wheels squeaking as she walked behind me. As in none of yours. How about you just crawl back into your cave until they evict you from that, too?

I don't need to be worrying about the vamps targeting the people around me when they can't get to me. I don't need to be second-guessing myself, wondering who else is going to get hurt because I dropped the ball. It wasn't subtle, as attempted assassinations go.

An engine roared and a black compact pickup truck jumped the curb into the park fifty yards away. It jounced and slewed to one side, tires digging up furrows in the sunbaked grass. A pair of men clung to a roll bar in the back of the truck. With my right hand, I grabbed at Billy and shoved him behind me. With my left, I shook out the bracelet on my wrist, hung with a row of tiny, medieval-style shields.

I lifted my left hand toward the truck and drew in my will, focusing it with the bracelet into a sudden, transparent, shimmering half-globe that spread out between me and the oncoming truck. The truck ground to a halt. The two gunmen didn't wait for it to settle. With all the fire discipline of an action-movie extra, they pointed their guns more or less at me and emptied their clips in one roaring burst. Sparks flew from the shield in front of me, and bullets whined and hissed in every direction as they ricocheted. My bracelet grew uncomfortably warm within a second or two, the energy of the shield taxing the focus to its limit. 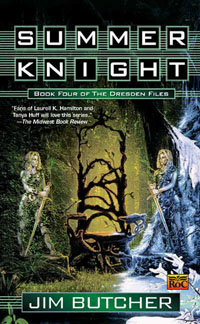 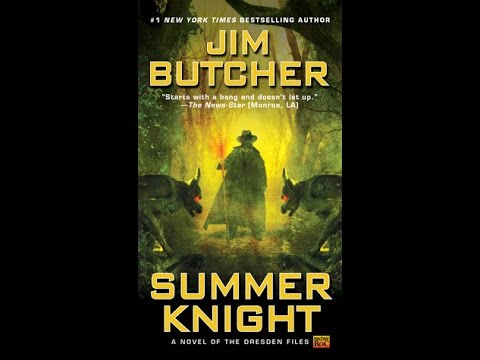